At the instigation of his mother, the painter and graphic artist, Gizella Fejes who was also engaged in painting and graphic arts, István Gyebnár was introduced to fine arts as a student of the acclaimed Hungarian sculptor, Mrs. Zsuzsa Lóránt, during his high-school years. As a member of the Dési Huber István Fine Arts Circle, he learns to draw and paint, and successfully participates in numerous drawing competitions and exhibitions. His master is Éva Bednay (Eve B'ay), a painter and designer, whose artistic work he has accompanied throughout his childhood.

In 1986 he graduated from the Budapest University of Economics with a degree in International Relations. In 1995 he received his doctoral degree from the University. He has been working as a diplomat since then.

Throughout his career, he seeks opportunities to connect art and diplomacy and use them to improve human relations. He lived for years in Berlin, Vienna, London, The Hague and Tbilisi. He visited the world's major art museums and became also acquainted with distant Asian cultures and art techniques.

During his travels he has become an avid photographer, striving to capture special sights, feelings and moods through photography.

He has shown his pictures in many European capitals. In 2009 he had a retrospectice exhibition at the Goethe Institute, Rotterdam together with the British artist Jane Walker. In Budapest he took part at group exhibitions. His mostly abstract, but often figurative oil paintings, oil pastels and photographs are characterized by vibrant colors, special forms and thoughtfulness. 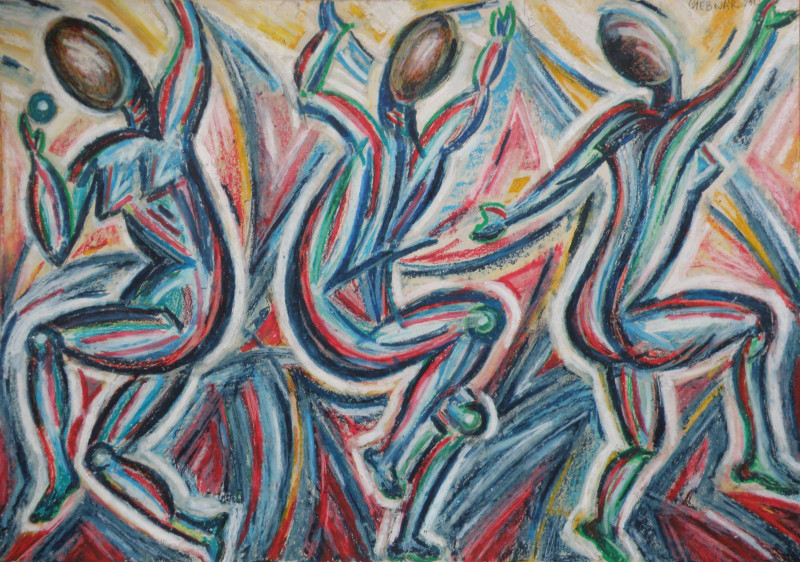 Would you update this page with new data?